What is sustainable tourism and why do we need it?

Clean canals, dolphins in the ports. The impact of the coronavirus on the air and waters of Italy18 March 2020

What is sustainable tourism and why do we need it? 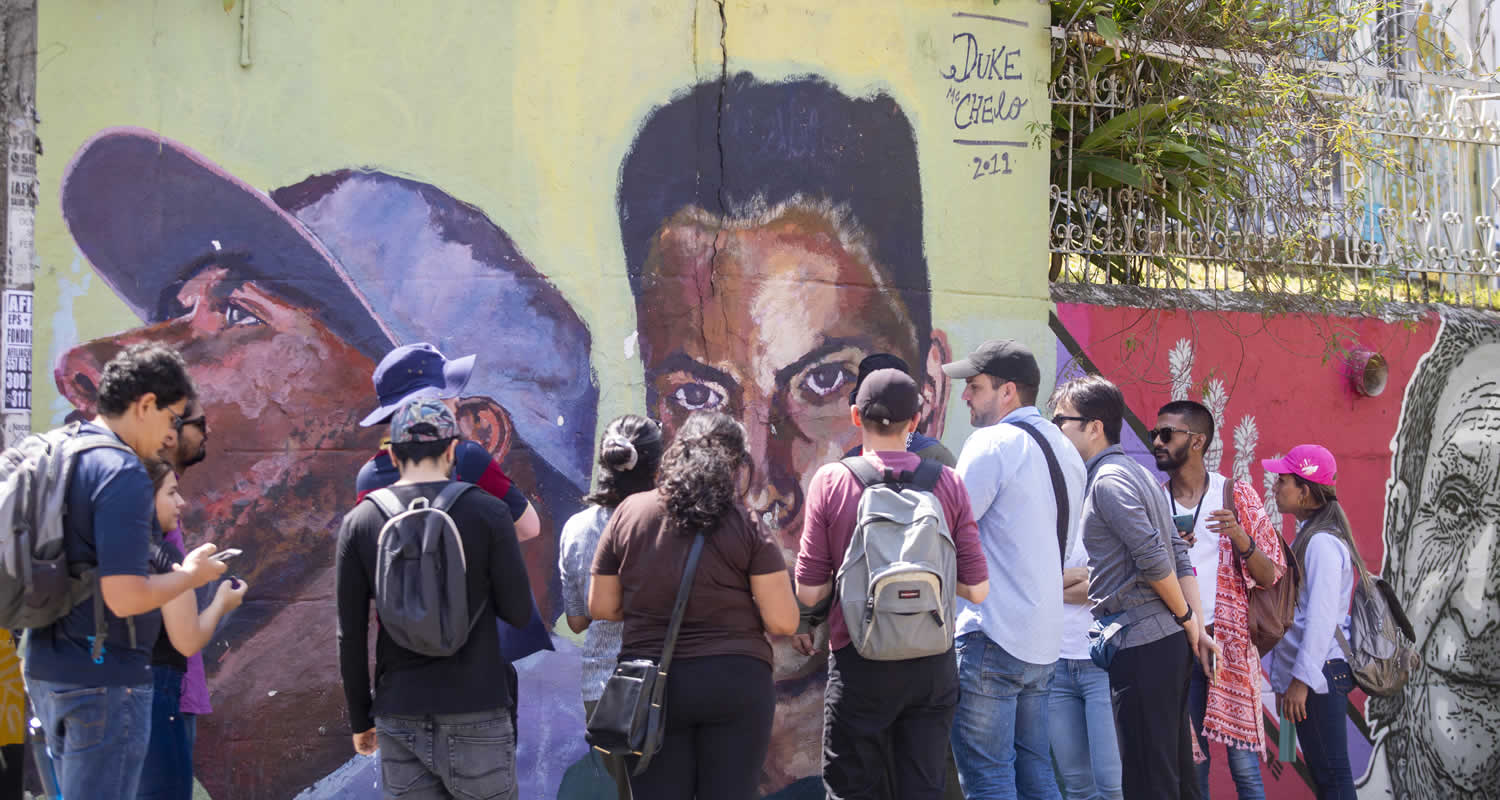 • Sustainability in tourism is one of the challenges currently facing cities that are beginning to transform due to the vocation generated by being a destination for travelers. The results are not always positive.

• The phenomenon of mass tourism can have effects such as the gentrification of residential areas, an issue that could be reflected in Medellín, where urban experience tourism is consolidated as part of the transformation of the city.

Tourism is considered one of the main sources of spill and economic growth of urban centers and that is why in many places it is committed to creating city plans or brands to attract the massive visit of travelers, which poses challenges to sustainability. of destinations. That is why now we are talking about sustainable tourism that includes, among other objectives, that visitors are respectful of culture, biodiversity and environmental conditions, as well as being willing to contribute with their economic and social presence in the development of the communities that they visit.

“Sustainable tourism talks not only about having a control over the environmental impact. According to the World Tourism Organization, it talks about how to promote tourism that really responds to the needs of communities and respects the environment. When tourism is very big, cities can have complications, for example, gentrification. This can affect the inhabitants and what sustainable tourism thinks is that it continues to be a place for locals, “says Laura Isabel Rojas de Francisco, PhD in Humanities and coordinator of the Consumer Sociology area at EAFIT.

The extension of sustainability to tourism is extended today in the world by the social and environmental impact of mass visitors at different latitudes, sites that in recent years have become centers of tourist interest for thousands of visitors daily.

The well-known European cases of Barcelona (Spain), Venice (Italy) and Dubrovnik (Croatia), all of them with Mediterranean coasts that receive the arrival of cruises with thousands of tourists, are examples of the effects of the practice of this activity not sustainable in the territories, which has even created episodes of “tourism phobia” due to the impact they leave on their communities.

Sustainability are the social, environmental and economic dimensions, according to María Alejandra González Pérez, professor at the Organization and Management Department of EAFIT, who complements that what is sought “is a tourism that consumes goods and services that generate value and decent work for other people, that lead to the social and economic development of the communities. ”

However, the massive arrival of unexpected visitors to sites that do not have the necessary infrastructure for their reception affects aspects of the environment, generating, for example, tons of waste and intervening in the dynamics of daily life of local people. One of these impacts is gentrification associated with tourism activity.

This concept of gentrification was applied for the first time in Europe, in relation to the increase in the cost of living and real estate due to the growth of the city, which forced traditional inhabitants to leave the territories.

To try to remedy and prevent these situations, and develop sustainable tourism, experts on the subject at EAFIT consider that the will of the political sector, companies and entrepreneurs to create tourist packages that generate a true commercial exchange where communities benefit is essential.

The local case
Medellín is no stranger to the dynamics of global tourism and on a smaller scale there may be impacts. This may be the case of neighborhoods in El Poblado that now have a tourist vocation driven by the presence of hotels, restaurants and commercial premises, in which a social and urban transformation has taken place.

Recently, some of these effects are presented in Comuna 13, where the interventions of the Metrocable public transport system and urban innovations such as escalators have impacted economic development and turned this commune into a tourist area with the challenges that this implies for the protection of public space and daily life in the area.

Luis Fernando Álvarez, known as El Aka, recognized cultural and environmental leader of Medellín and one of the inhabitants of Comuna 13, has witnessed the transformation that his neighborhood has had in the recent decade. Although it highlights the economic impact on the territory, as happens in some neighborhoods in the area with plans such as the ‘graffitour’ offered by different operators around the escalators, it recognizes the challenges that the massive visit of tourists implies.

“The people of the territory do not really use the escalators, but the roads are equidistant. Many like tourists, but many people say that they can no longer have privacy, like taking clothes out. The other is displacements, there are people to whom the rent was raised and the subject of memory is problematic because each one is doing a different story, “says this student of the master’s degree in Urban and Environmental Studies at EAFIT.

These challenges could be solved with sustainable tourism, which, according to Beatriz Eugenia Bedoya Velásquez, expert in Administration Sciences and professor in the Department of International Business at EAFIT, requires the incorporation of technical standards as a starting point for tourism companies to start. to operate sustainably.

In this sense, the eafitense indicates that not only from the Government, but also from the different local and regional regulators there is a strong commitment to sustainable tourism, which has to be planned in a responsible way. “There is a significant concentration of effort in teaching people in the industry to raise awareness about the practices and modalities of what it means to make sustainable tourism in all its dimensions,” he says.

“I think that you have to regulate the topic of tourism, understand schedules of routes, operators and training that is very necessary. And that is not being visualized,” says El Aka on the matter in Comuna 13.

María Alejandra González, for her part, complements that “you have to have an infrastructure to attract tourism that invests money in getting to know the city, we can have cultural, gastronomic, and architectural experiences. The city has a lot to offer, but you have to have a combination involving different government actors, private companies and tourism managers to help make this happen. ”

Sustainable tourism on the coasts
As part of the Storem project, funded by the Erasmus + program of the European Union, EAFIT researchers investigate coastal connections and beach tourism as part of an academic agreement that seeks to mitigate the effects of these practices on the environment.

The objective is to achieve the preservation of coastal ecosystems and the inclusion of their communities in the economic development of the territories, which is a challenge currently facing sustainable tourism in the world. In Colombia, this situation is worrying due to the threat to biodiversity that this means.

Researchers have identified serious impacts on pollution in Colombia’s coastal areas, which is affecting coral ecosystems, mangroves and marine passages. In addition, the urban development of hotels, according to scientists, must be well thought out so as not to generate a negative impact on the coasts such as water degradation.

“The population is always growing as part of tourism economies. Practically, in coastal areas such as the Caribbean Sea, the sustainability of tourism depends on the sustainability of the environment. That is why we need to train on issues of how to protect and manage environmental resources in coastal areas, “said Marko Tosic, PhD in Coastal and Marine Management of the Erasmus + Mundus program and researcher at EAFIT’s Department of Earth Sciences, who is part of Storem’s international mission.

This international program seeks to implement master’s degrees and postgraduate courses at five universities in Latin America and the Caribbean to study sustainable tourism models that guarantee the conservation of environmental resources and the well-being of communities.