The Issue Explained: Sargassum in the Caribbean07 October 2019Next 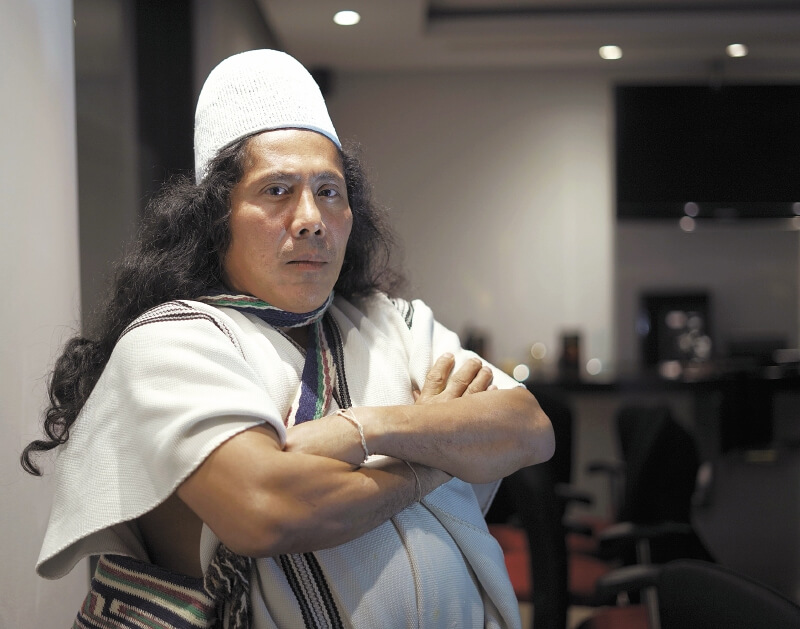 While the winner of the tender to operate the ecotourism services in the area could keep half a billion pesos in 23 years, indigenous peoples would obtain only 6.3% of what the park produces, according to Danilo Villafañe, governor (e) of the Arhuaco council Magdalena-La Guajira.

The tender for ecotourism services in the Tayrona National Park and the Isla Isla Salamanca Park Way has in uncertainty peasant and indigenous sectors and private sectors that have land in the area. It is a billionaire business that is also the roadmap for the maintenance and sustainable use of these resources and that will be awarded in January for a period of 23 years.

For indigenous representatives, the structuring of the concession model is an agreement that unfairly favors the operator and may constitute a detriment to state assets. They explain that the operator only has to invest $ 6,000 million in infrastructure during the 23 years of the concession, while, it is estimated, the company that wins the tender can make profits from $ 400,000 million to one billion just by collecting the entrance box office in this period, according to the indigenous people.

Julia Miranda, director of National Parks of Colombia, has indicated that the community was taken into account for the structuring of the tender and that they did not limit themselves to consulting and building together with indigenous peoples, but that “we also made the prior consultation and the protocol ”.

However, Danilo Villafañe, governor in charge of the Arhuaco council Magdalena-La Guajira, told El Espectador that they are not being given participation, so they have two specific requests: the suspension of the concession and the formulation of an ecotourism policy that consider community participation to regain governance of the park.

Why is there disagreement among indigenous communities regarding the concession?

In Tayrona Park, a new concession for the ecotourism operation is looming for 23 years, where the concessionaire will take more than 80% of these resources. We are talking that the operator is going to earn almost half a trillion pesos just by collecting the box office. What is the sense that the Sierra Nevada has a park that generates income but that the Sierra itself has nothing left? This concession does not take into account the participation of the indigenous people, nor of the peasants, nor of the fishermen, nor of the legal owners who are there. Indigenous peoples would take only 6.3% of what the park produces and we have always been there. Our children will continue there, taking care of the Sierra.

What happened to the structuring of the new management plan?

The environment minister abstained from signing it because the peasant sectors began to speak out and said they did not take them into account. Within the park and the reservation, in the La Lengüeta sector, there are more than 3,000 farmers who are in legal uncertainty. It is the responsibility of the State to clean up these areas and buy the land or relocate it. It is unfair to have them like this; that issue has to be resolved.

What role do the private owners of Tayrona Park play within the concession?

Inside Tayrona Park there is another reality. Of the 12,000 hectares, approximately 7,000 are private. The State has not been able to solve the property issue and has not cleaned up its park. So, of course, the park’s owners say: “The indigenous people agreed with National Parks on a management plan and they don’t take us into account.” There is chaos and the problem is not solved by the concession.

What happened to the prior consultation with the indigenous community?

There was a process of consultation with indigenous peoples within the framework of a space called the Territorial Council of the Cabildo (CTC). This was created as a coordination mechanism between the peoples (wiwa, kankuamo, kogui and arhuaco), but it is not a governing body that replaces the Mamos or the internal authorities. Part of the CTC is made up of people who live in Cesar. That would be as if the governor of Cundinamarca went to Magdalena to make decisions. This mechanism does not represent all peoples, what happens is that a group of specialists is formed in prior consultation and they make agreements, but they do not socialize with those who are really going to be affected.

How do you handle the armed conflict within the concession process?

The State does not solve anything. They change president, governor and mayor, and the problem of the presence of armed groups persists. They have power with incidence and co-opt any activity. What is Palomino, Guachaca and Buritaca, all this is co-opted by these groups; even Lost City too. The Sierra is for these groups (Pachencas and Clan del Golfo) a drug trafficking zone. This problem is also not resolved by the concession.

Do you propose to suspend the concession?

Yes. We want the authorities to really exercise that authority and for the government to make a presence. We propose that these resources, instead of granting them to a private, allow us to develop a strategy where we manage and can reinvest the money. All these resources generated by the park should be invested in the prevention of environmental deterioration, the protection of hydrographic basins and be able to guarantee water to Santa Marta. That would be a good combination.