The Issue Explained: Sargassum in the Caribbean

The Issue Explained: Sargassum in the Caribbean 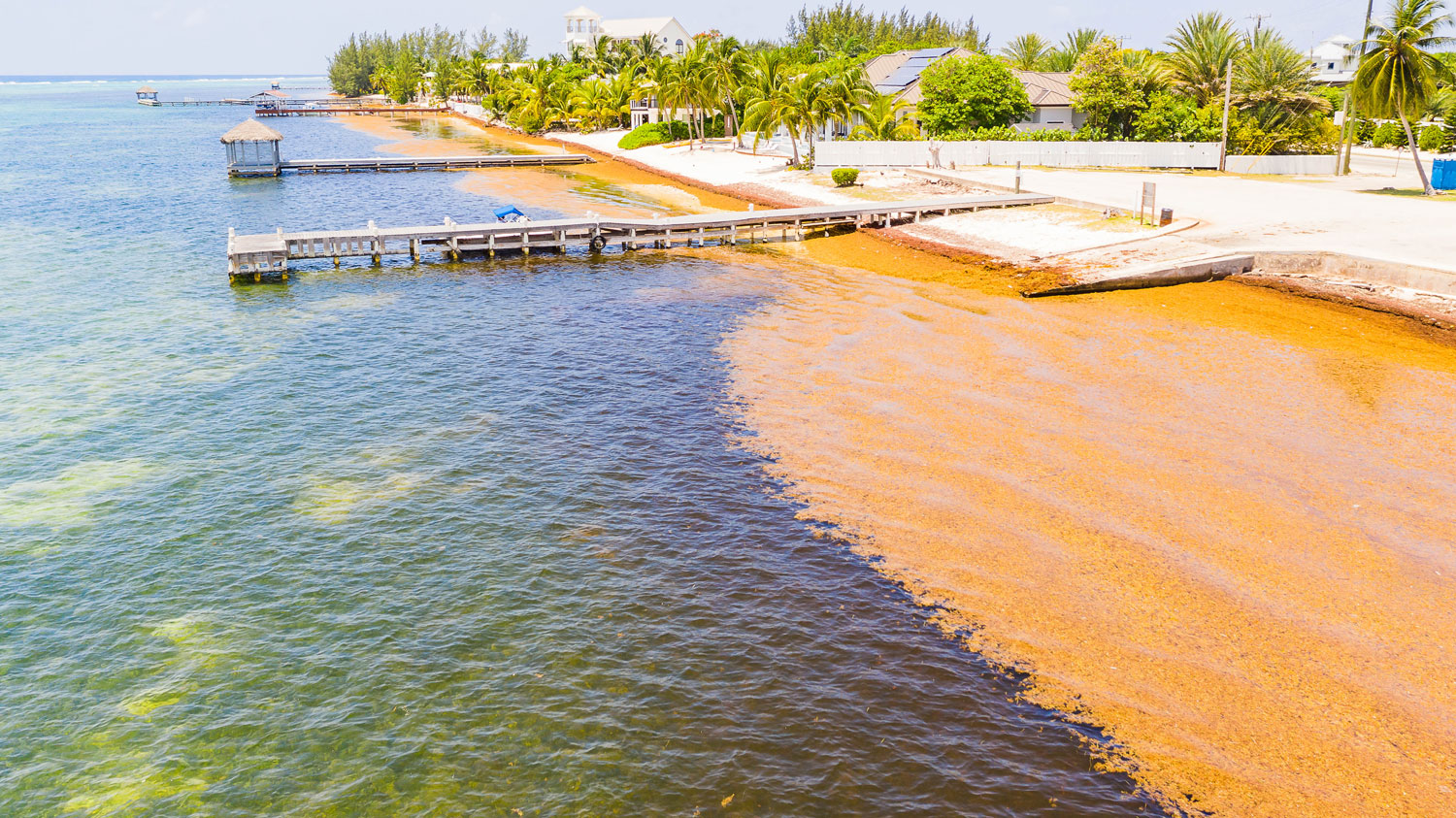 Since 2011, periodic invasions of sargassum have been a feature of life in the Caribbean. Here we answer some of the key questions about what is driving this phenomenon and what it means for coastal communities on islands across the region.

What exactly is sargassum?

Sargassum is a stringy brown seaweed. Held afloat by gas-filled bubbles that resemble grapes, it accumulates in large mats. Typically found in the Sargasso Sea around Bermuda, it began showing up in large quantities in the Caribbean from 2011.

Why is it a problem?

In the open ocean, sargassum is a vital refuge for an untold number of sea creatures. When it washes ashore in small quantities, it can help nourish and stabilise beaches. However, the sheer mass of this seaweed that has washed up in the Caribbean since 2011 is perilous for the tourism industry, threatening the image of white sandy beaches and crystal-clear waters that attract tourists to the region. When it starts to rot, it gives off a sulphurous rotten-egg smell that is equally off-putting.

Where is it coming from?

Scientists have traced the source of the sargassum invasion to a new ‘accumulation zone’ spanning more than 5,500 miles from Brazil to the coast of west Africa. Dubbed the ‘Great Atlantic Sargassum Belt’, this zone contained 200 million tons of sargassum in 2018, based on a study of satellite imagery. Prior to 2010, it barely registered on satellites. Ocean currents carry it to the Caribbean, where winds and local current patterns impact when and where it arrives on beaches here.

Why is this happening now?

Scientists believe nutrients flooding in from the Amazon and Congo rivers, combined with an upwelling of currents off the coast of Africa, have essentially changed the ocean chemistry. This has created the ideal conditions for a bloom in production of the algae. Exactly why 2011 was the ‘tipping point’ is still being researched.

Is this a temporary thing?

While some years may be worse than others, researchers agree that the twin causes of ‘ocean nutrification and climate change’ are not going away and neither is sargassum.

Is it harmful to humans?

This is another area that needs more study, but the short answer is yes, it can be hazardous to humans. In the ocean it is fine, but once it washes up and starts to rot, it releases hydrogen sulphide and ammonia. Inhaling it at low levels can cause itchy eyes and breathing problems; at extremely high levels it can be life threatening. In Martinique, doctors reported more than 8,000 cases of ‘acute exposure’ in 2018, including three patients who were admitted to intensive care, according to an article in medical journal, The Lancet. The French government has committed 10 million euros in funding to mitigate the problem in its territories. So far, there have been no reports of any sargassum-related health issues in Cayman.

What can be done about it?

How to deal with sargassum is an expanding field of research. Scientists in Barbados, France, Mexico, Florida and elsewhere are still examining the causes and whether it can be intercepted at sea before it hits the beaches.

Another branch of research is emerging into the possibility of turning it into economically viable products, including fertiliser. Right now, in Cayman, careful clearing of the beaches is the only solution being pursued in a significant way. The bulk of the sargassum collected so far has gone to the landfill, though the Department of Agriculture is looking into other options.