Sustainable tourism on the coasts, a challenge assumed by EAFIT from the academy

Sustainable tourism on the coasts, a challenge assumed by EAFIT from the academy 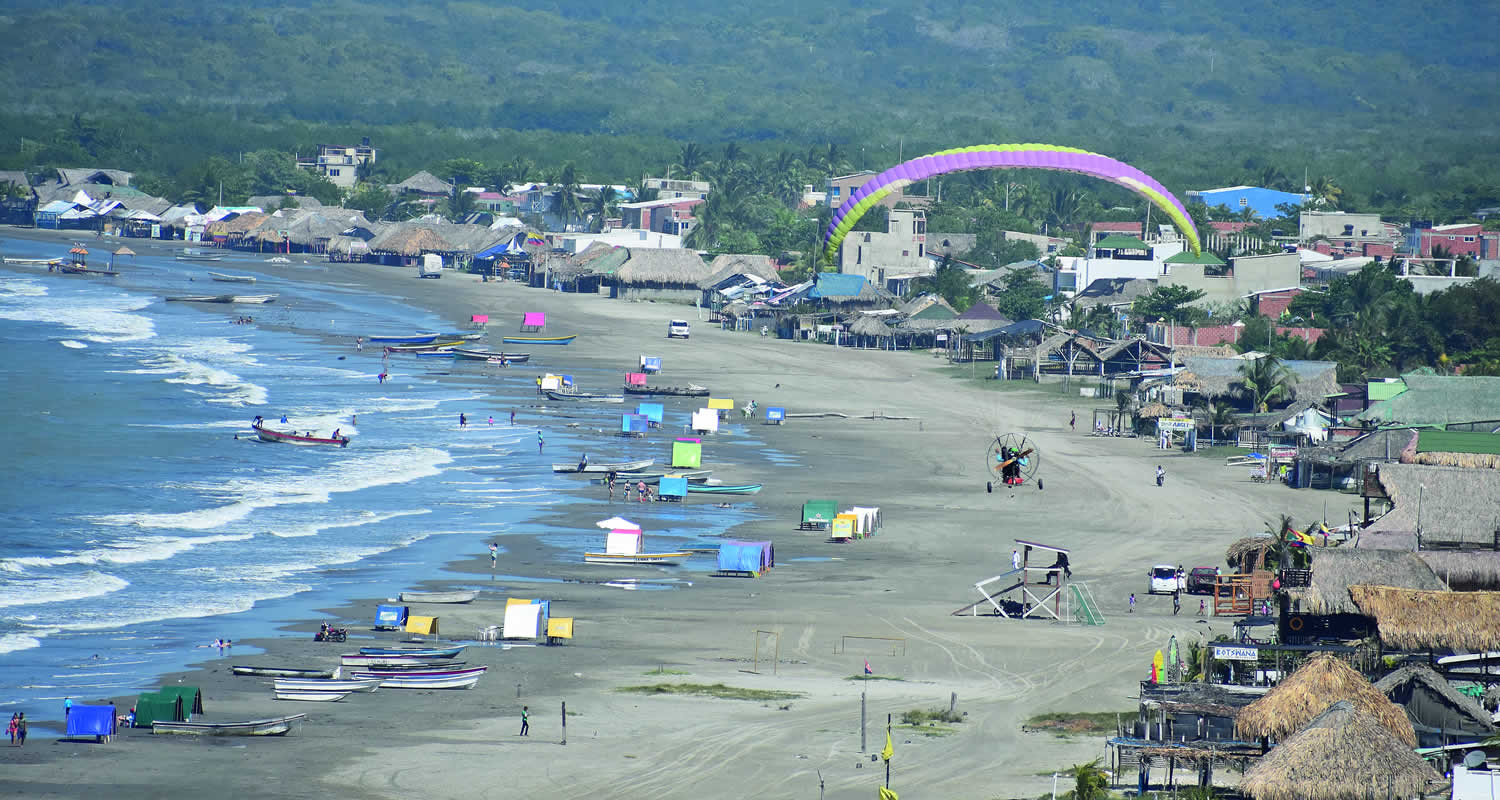 • The environmental management of coastal zones and sustainable tourism is integrated into the curricular programs of five higher education institutions in Latin America and the Caribbean, as part of the Storem project, which is financed by the Erasmus + program of the European Union and which has the participation of EAFIT.

• Coastal connections and beach tourism are new academic courses that are designed for the EAFIT Master in Earth Sciences as part of this academic agreement in which the University of Cagliari (Italy) also participate; Paul Valery University, Montpellier (France); University of the West Indies (Barbados); University for International Conservation (Costa Rica); National University (Costa Rica) and University of Magdalena (Colombia).

The preservation of coastal ecosystems and the inclusion of their communities in the economic development of the territories are challenges that sustainable tourism currently faces in the world and, particularly, Colombia, where the threat to biodiversity is one of its greatest environmental problems.

The traditional practice of tourism in the coastal regions, places that usually receive a large number of travelers, due to its high environmental, social and economic impact, has been identified as one of the main engines for the development and economic growth of the country in the coming years. . So the urgency of its conservation with increasingly sustainable environments.

As an academic commitment to research and deepening in these areas of knowledge, EAFIT joins the Storem alliance, financed by the Erasmus + program of the European Union, which seeks to implement master’s degrees and postgraduate courses in five universities in Latin America and the Caribbean to study sustainable tourism models that guarantee the conservation of environmental resources and the well-being of communities.

In addition to the courses that will be integrated into the programs in the area of ​​Earth Sciences that exist at EAFIT, University of West Indian (Island of Barbados) and University for International Conservation (Costa Rica), the project aims to develop new programs for Master in sustainable tourism and environmental resource management at the University of Magdalena (Colombia) and the National University (Costa Rica).

“The population is always growing as part of tourism economies. Practically, in coastal areas such as the Caribbean Sea, the sustainability of tourism depends on the sustainability of the environment. That is why we need to train on issues of how to protect and manage environmental resources in the coastal areas. We are doing two courses, one on watershed management, such as drainage areas that have a connection to the coast, and another course on coastal management, specifically beach management and water quality, “says Marko Tosic, PhD in Coastal and Marine Management from the Erasmus + Mundus program and researcher at the EAFIT Department of Earth Sciences, who is part of the international mission of Storem.

For the World Tourism Organization (UNWTO), sustainability in this activity is related to current and future impacts on the economy, society and the environment. The objective of sustainable tourism, mainly, is to improve the tourist experience based on the management of the natural environment, the cultural value and the needs of visitors, industry and their communities.

“The idea is to implement sustainable tourism courses in coastal resources for the Caribbean region, which are inclusive of minorities and coastal users who need to implement sustainable tourism practices in their businesses. With this Erasmus Mundus project we could have different actors from all over the Caribbean ”, says Juan Darío Restrepo Ángel, doctor in Marine Sciences and Oceanography, and professor in the Department of Earth Sciences at EAFIT.

According to the managers of this international academic agreement, Storem seeks to generate a model of interaction between higher education institutions, public and private actors in coastal regions. In addition, create observatories on sustainable tourism at universities to support curricula and sensitize local communities and tourism companies.

“It is a project that combines the competences of the different universities involved, with the aim of improving the academic offer of their courses. These activities are developed through meetings that we do between universities two or three times a year. For the funding agency of the Erasmus + project of the European Union, one of the objectives is to finance mobility to be able to have exchanges. The involvement of EAFIT has been a prominent aspect within the project from the point of view of environmental sciences “, says Dr. Anna Pinna , Storem coordinator and professor at the University of Cagliari (Italy).

As part of the social approach, this project will also offer scholarships for the integration of displaced and vulnerable populations in regions of the Colombian Caribbean, which have had environmental impacts. The contamination of natural reserves, erosion, among others, have been part of these problems.

“There are serious impacts in terms of pollution in the coastal areas of Colombia, which is affecting coral ecosystems, mangroves and marine passages. On the other hand, the urban development of hotels also has to be well thought out so as not to have a negative impact on the coasts. Negative impacts can be degradation of water quality “, comments Marko Tosic.

One of the benefits of sustainable tourism is related to new trends in ecotourism where they take advantage of the potential of coastal regions through sustainability, conservation and the participation of the local community.

This Thursday, December 12, during the visit of an international academic mission in which partners from the University of Cagliari (Italy) and EAFIT participate, a workshop is held to review the design of the new postgraduate courses. Also as part of the project, the University led the development of the website and the promotion initiatives for the enrollment of students in the Storem project and the participation of the private sector.

“The rivers are taking much more sediment and pollutants to the sea, that is the case of the Magdalena river with the Canal del Dique that is affecting the entire Cartagena region and its beaches, reefs, diving areas and tourism. All of these Impacts are affecting the sustainability of many communities that depend on tourism, “says marine biologist Juan Darío Restrepo.